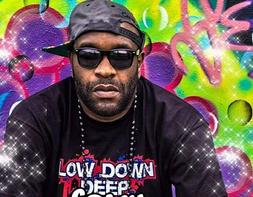 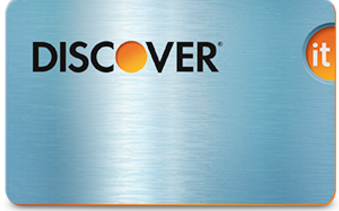 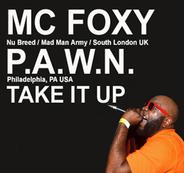 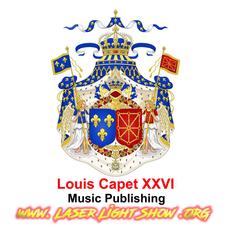 Raging out of the River Thames, MC Foxy has performed thousands of festivals all of the world.   He has had regular appearances on BBC radio  and is one of the most sought after Drum & Bass MC's in the world being voted in as #1 MC at numerous DnB Awards Ceremonies for well over a decade.

From around 1998 to 2004, we were responsible for almost all United States Bookings of MC Foxy & Tour Logisitics, where we toured with him many times including the Ultra Music Festival in Miami Florida, up until around 2004 the RAVE Enactment Law was being enforced on our clients Disco Donnie (SFXE NASDAQ / LiveStyle), "Reducing American's Vulnerability to Ecstasy Act" brought upon by the 107th US Congress in 2002 which pronounced Electronic Dance Music as illegal & we were forced to decease certain operations inside the USA which included booking MC Foxy.

"Take it Up" with DJ P.A.W.N. has been Re-Released from 12" Vinyl to Digital and is now available in stores online.